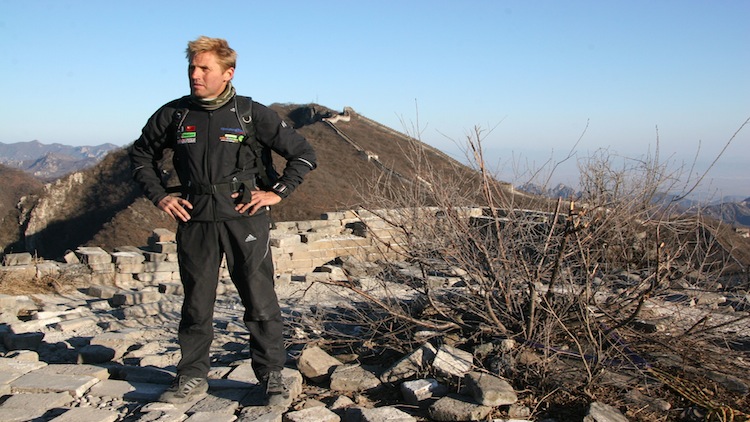 He’s an extreme adventurer, conservationist, youth developer, motivational speaker, TV Presenter and author of the best seller “The Great Run”.  Braam Malherbe has an infectious energy, that is fed by his life-long passion to protect the environment and has inspired countless others to do the same!

From early on in his school days, he dreamt up and completed extraordinary distance runs to raise awareness and funds for conservation. Staying true to his passion, he has been involved in counter poaching operations as an Honorary Ranger for SANParks, co-founded the Table Mountain National Park’s Volunteer Firefighting unit, and is actively involved in numerous NGOs, conservation groups and making it his life’s mission to fight poaching, environmental irresponsibility and the destruction of our precious natural resources.

In 2006 and again in 2008, against our country’s top medical and sport experts’ advice, Braam Malherbe and running partner David Grier achieved two world first’s by running the entire length of the Great Wall of China, a distance of 4218kms, at a pace of a marathon a day for 98 days, as well as the entire coastline of South Africa, a distance of over 3, 200kms. Both expeditions raised in excess of R2.5 million for Operation Smile, an international charity organization providing corrective surgery for children born with cleft lip and cleft palate disfigurements.

Braam currently presents on the SABC2 nature programme 50/50. He was voted the Men’s Health 2010 Unsung Hero and recently named the Woolworths “My Planet” Ambassador, IFAW an 49M Ambassadors. To add to all this accolades he received the prestigious SABC3 Enviropaedia Eco Logic Award in the Category Eco Warrior for 2012!

Braam believes that ‘desperate times call for desperate measures,’ and thus, at 54 years of age, took part  in an 768km unassisted ski-race to the South Pole with his friend Peter van Kets in December 2011/January 2012. Although only skiing for the first time only 8 weeks before departing for Antarctica, they still finished in 3rd place. Besides representing South Africa in the Scott / Amundsen Centenary race, Braam and Pete also feature in a  90 minute documentary highlighting the human impact on this most remote of places, as well as the rest of the planet in the last 100 years.

Braam continues to challenge all of us, to DO ONE THING (DOT) to make a positive difference for our planet and to have something to leave our children to smile about!