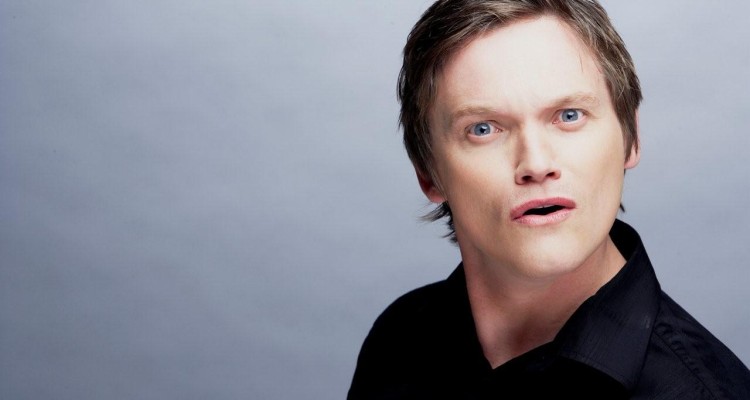 Featured in Comedians, Comedians, Moderaters and Event hosts on June 5, 2013

Rob van Vuuren became a comedian by mistake while he was trying to be an actor.

It was bound to happen though, if you consider his shortness to awesomeness ratio multiplied by his genius and augmented by the fact that he is a bit of a dick.

He cut his teeth in the mid to late 90’s (after graduating from Rhodes University) as an actor specializing in Physical theatre with a natural talent for physical comedy. To this day, Rob’s stand-up is characterized by absurd, surreal, and disturbingly hilarious physical interpretations of situations and characters.

As far back in the mists of time as 1999 the press had begun to pick up on this remarkable young comedic talent.

“An exhilarating talent…to captivate this much is rare. “The Burger

In the year 2000 Rob teamed up with obnoxiously talented tall person Louw Venter after meeting on a crap B-Grade Dutch action film being shot in Cape Town and the proud couple promptly gave birth to Corne and Twakkie and The Most Amazing Show.

TMAS and its insane mustachioed hosts became a cult phenomenon in South Africa spawning 2 unforgettable seasons of an award winning television series, 1000’s of indescribably insane live shows and a legion of rabid fans who have made a considerable dent in the South African lexicon.

Corne and Twakkie, along with bands like the Springbok Nude Girls and Fokofpolisiekar, helped redefine a generation of South Africans. Corne and Twakkie were particularly instrumental and influential in creating the scene that produced South African zef rap sensation Jack Parow and international phenomenon Die Antwoord.

It was this introduction to and tutelage in comedy beyond the fourth wall that TMAS provided him with that led to Rob’s addiction to stand-up comedy.

Terrified with the thought of doing 5 minutes at a comedy club Rob wrote his first full length one man stand –up comedy show (Rob van Vuuren is Rob van Vuuren) in 2008. The show was nominated as the one man show of the year in the (now defunct) SA Comedy Awards of that year and Rob also picked up the Nandos Breakthrough Act Award the” Live and Kicking ” comedy club at the 2008 National Arts Festival.

“…creative, energetic, passionate and comical… a bizarre collection of tales that leaves you giggling and marvelling at his perseverance and dedication throughout it all.”

“If Comedy had a God, Van Vuuren would be it”

Though Rob is quick to point out that the last press quote is probably a little much it is clear that his choice to dive into the world of stand-up comedy was a good one.

He has subsequently worked hard in comedy clubs throughout South Africa to become a hysterically funny, well respected and bankable host and headline comedian.

The fact that Rob was voted as the Breakthrough Act Award Winner at the inaugural Comic Choice Awards by his peers pays testament to this.

Rob has most recently added two Standard Bank Ovation Awards to his collection of shiny baubles for his second one man show, the aptly titled ‘Rob van Vuuren – Live’ and the groundbreaking comedy variety show ‘Pants on Fire”.

Rob will be a guest on the Comedy Central RiaadMoosa special in mid December.